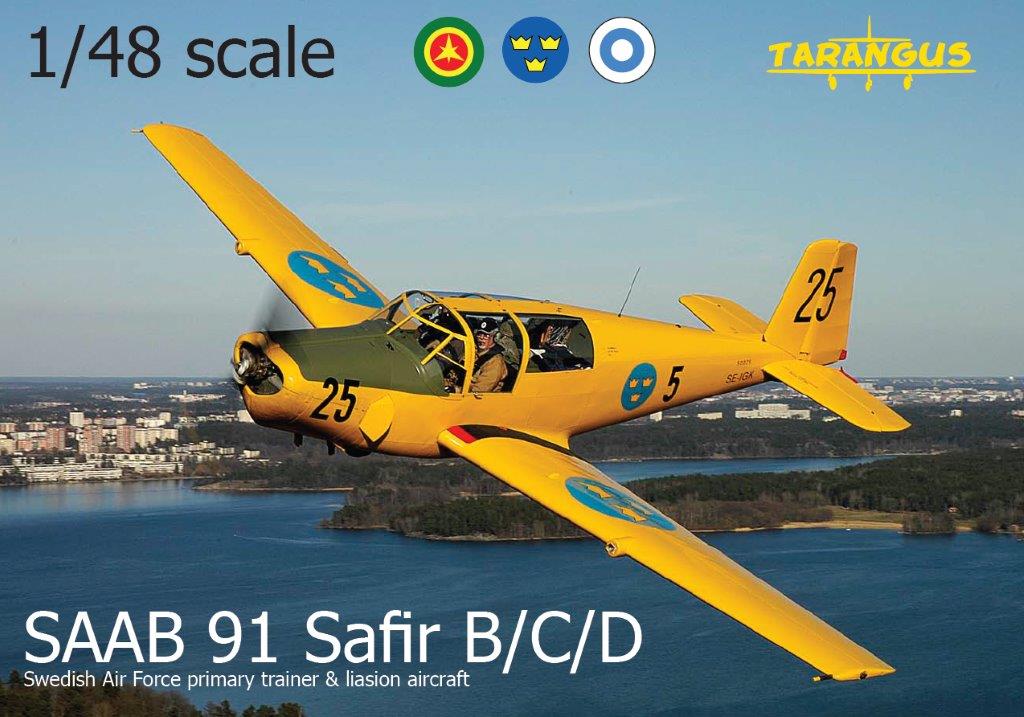 The Saab 91 Safir is a piston engine powered training aircraft which first flew on November 20, 1945.

The first version, 91A, had a 125hp Gypsy Moth engine while later versions had Lycoming engines. 323 units were built in 5 versions (A, B, B-2, C and D). The Safir was used by the Swedish, Norwegian, Finnish, Austrian, Tunisian and Ethiopean air forces as a trainer aircraft, and a single aircraft was used by the Japan Defense Agency as an STOL test platform.

Major civilian users were Air France, Lufthansa and the Dutch Rijksluchtvaartschool (RLS) on the Groningen Airport Eelde, near Groningen.

As Saab was busy with production of the Saab J 29 Tunnan, many Safirs were built by de Schelde in the Netherlands.

The Tarangus kit is the first ever Saab Safir in 1/48 scale. The kit can be built with three or four seats, representing all of the Lycoming engined Saab Safirs. It comes with markings for the Swedish, Ethiopian and Finnish air forces. 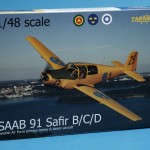 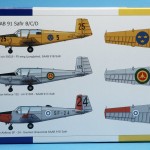 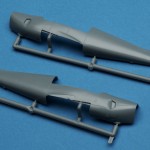 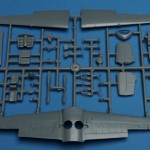 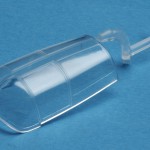 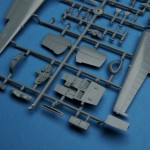 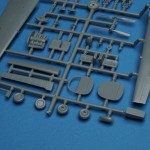 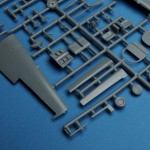 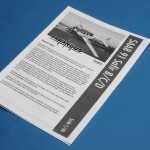 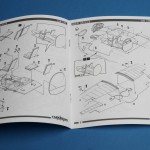 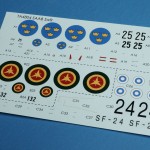