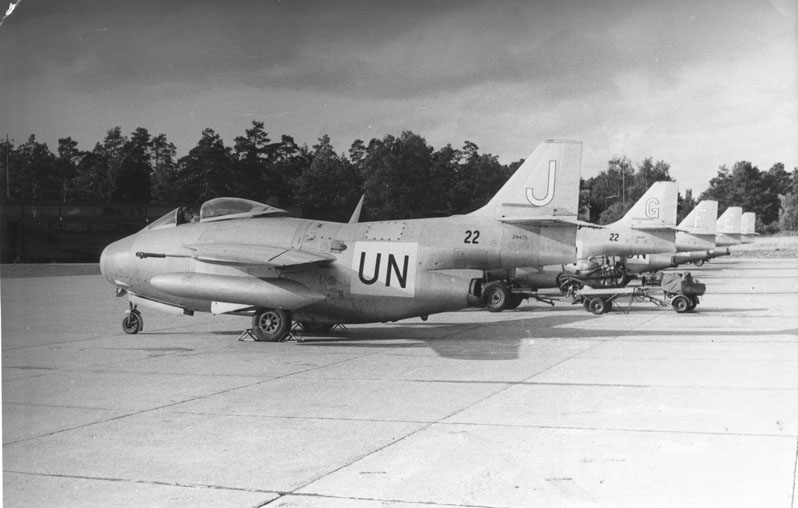 The J 29 Tunnan was the first European fighter which could match the F-86 Sabre and Mig-15 for performance. The bulky Ghost engine gave the airplane its round shape, which earned it the nickname “Flygande Tunnan” (“The Flying Barrel” in English). It first flew in 1948, piloted by Bob Moore, a former RAF pilot, who after the first flight said “On the ground an ugly duckling but in the air a swift!” The Tunnan stayed in service until the early 1970’s. The last years it served as a target tug. It was also exported to Austria.

The aircraft that our first attempt in the 72-scale represents is an aircraft of the first two variants. The J 29A and J 29B only differed in internal fuel volume, had a non-afterburning engine and a wing that lacked the saw tooth of the later versions. The J 29B also served as part of the Swedish Air Force unit that was sent to Congo in the 1960s.

The Tunnan is expected to be released during early summer. More information on this kit to come!